What if the market is full of “pixelated” metroidvanias? That’s right – to add there Japanese schoolgirls in short skirts, forcing them to shred not only monsters, but also each other, eat goblins, and also steal the “master’s sausage.” So was born Lost Ruins – anime humorous (humor in places on the verge!) Metroidvania.

IN Lost Ruins the story about the “hitman” is played up The main character (her name is the Heroine) was kind of summoned from her world to the vale of gloomy gothic castles, dark dungeons, ruins and bloodthirsty monsters who are ready to tear her apart. Naturally, she does not remember anything, and the unexpected appearance of Beatrice, a mysterious girl with elven ears and a hooded mantle, explains that our schoolgirl was summoned to defeat the Dark Lady. And for this, you first need to defeat her followers – at the same time, the memory will return.

All characters are drawn nicely.

In the process, she meets many strange personalities, mostly in appearance they are also typical Japanese anime girls in short skirts, but, as a rule, they are extremely inadequate. Among them there are a couple of ghosts, a maniac cook, a sadist, a cannibal and even a maid in the form of … a crocodile (perhaps this is a cosplay!). Plus there is a fat paladinsha, a goblin merchant Boris, who is constantly looking for a way out of this lost place, dies, is reborn and searches again, as well as two zombie girlfriends, fans of pop stars. 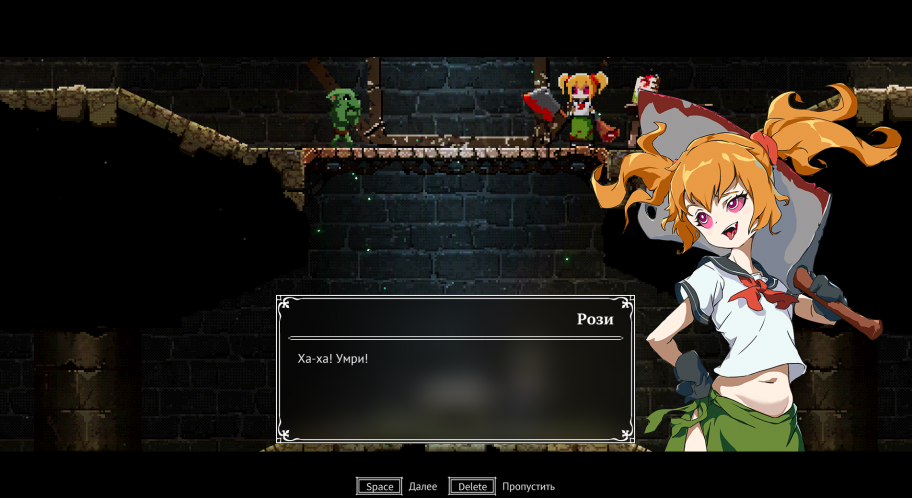 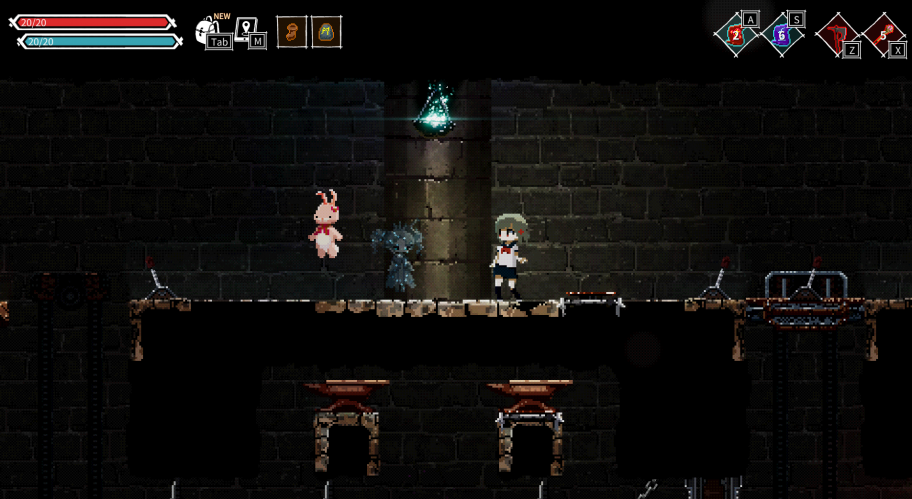 To get rid of the stuffed bunny, you have to solve a difficult riddle.

The main thing is to dress the schoolgirl!

And it is right. Because Lost Ruins – the game is not only about skirts and “master’s sausages”, but also about the gameplay. And, on the one hand, it turned out to be traditional, and on the other, there was a place for its zest.

In general, everything is familiar. We run, jump, fight using different types of weapons (you can even throw a piece of meat!), Trade, look for keys, pull levers, sometimes solve riddles, open chests, pick up equipment and consumables. According to all the laws of metroidvania, it is impossible to get to some places at once – only to return later, including through the portal system. 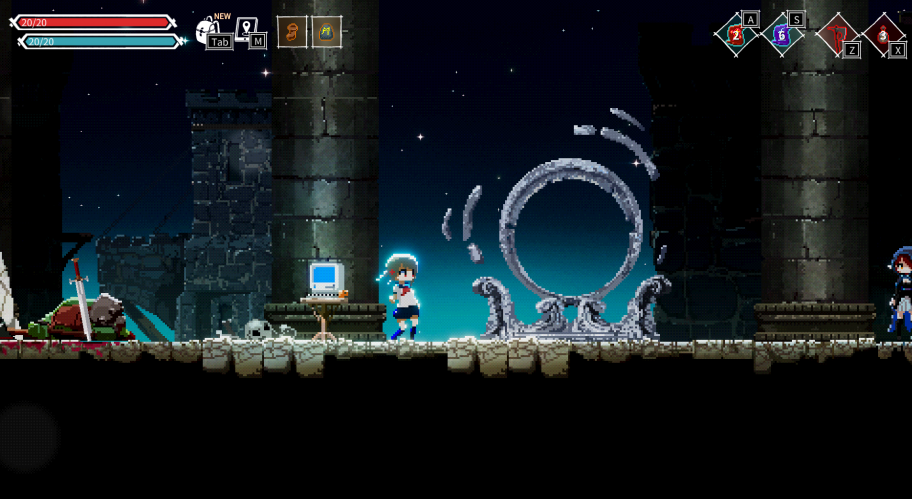 The trick is that in Lost Ruins there is no usual pumping system. We are strengthened with new weapons, spells and equipment. And if everything is clear with blades, axes and “spells”, then with unique accessories that the heroine can put on herself, it is already more interesting.

Each of them gives its own bonuses. Gloves increase damage and speed in melee, a slingshot – in a ranged one, a bathing suit grants resistance to electricity in water and prevents getting wet, a purifier (this is such a vessel) neutralizes poison, and in the same water begins to restore health. And, for example, a sexy maid outfit increases the damage received from women, and reduces it if the schoolgirl is attacked by men. Plus there are unique artifacts with their own bonuses. 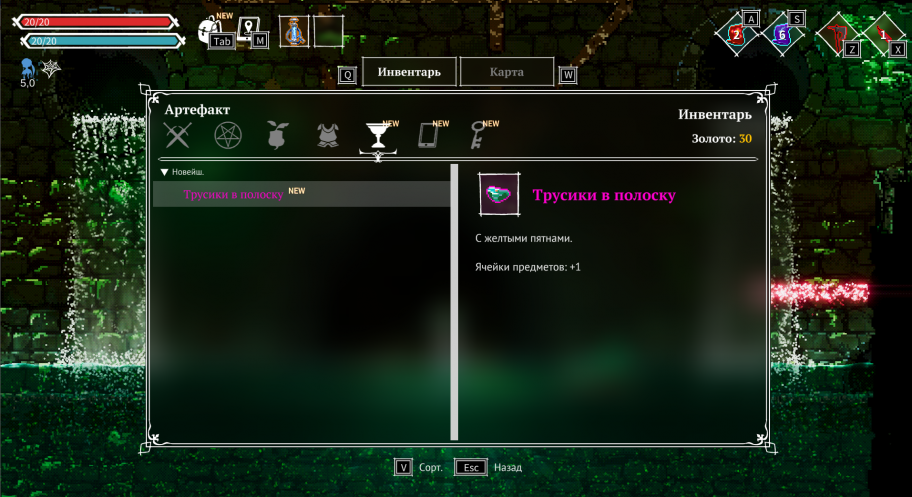 Among them, of course, are panties.

A lot here is built on elemental damage / resistance. IN Lost Ruins set on fire, freeze, poison with poison, invigorate with lightning – and if you do this in water, then you yourself will suffer. Some liquids catch fire, others are full of poison, the heroine herself gets wet, freezes, she bleeds, and so on, which forces her to use consumables. Vegetable soup warms up, preventing freezing, water neutralizes fire damage, but at the same time reduces lightning resistance, and hot ointment removes bleeding, but our schoolgirl becomes more vulnerable to fire. 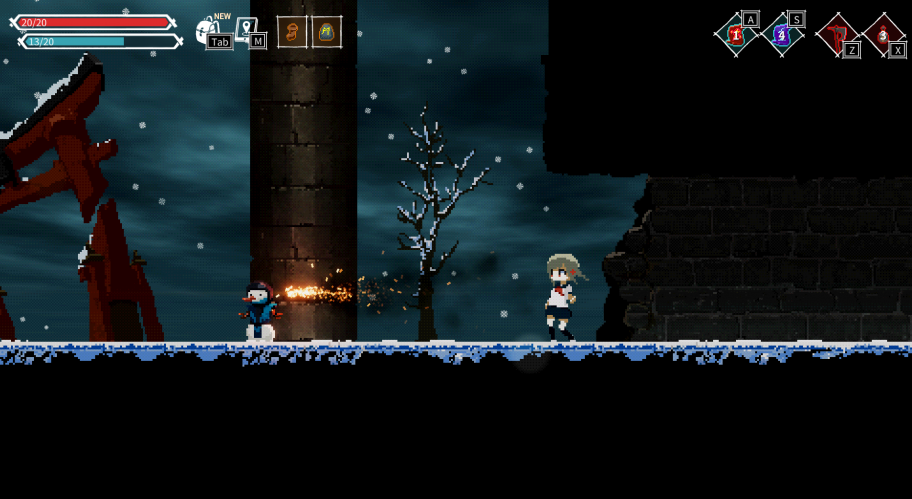 Should you throw fire at snowmen?

In addition, it is important to select and change equipment, taking into account the current environment and enemies – the situation with battles in water and in a swimsuit is extremely indicative, but far from the only one. And you won’t be able to put on everything – initially only one cell is available at all. Then, with the help of some artifacts (for example, striped panties), you can increase their number, although you still can’t activate more than three things at once. 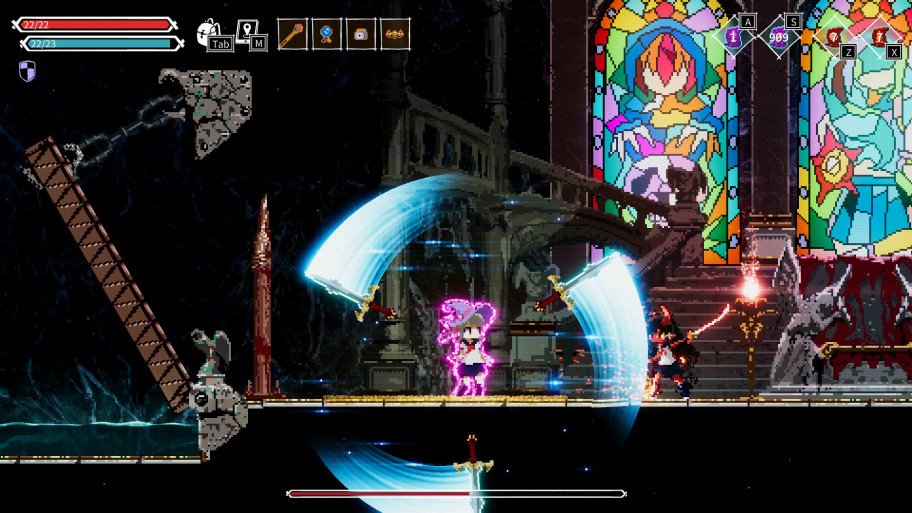 Considering that there are also spells with their elemental effects and casting speed, as well as throwing objects like dynamite, battles turn into a really interesting activity. Yes, the controls are not the most responsive, but you can get used to it. The battles with bosses turned out to be striking, each of which takes place in several stages: first we beat another Japanese schoolgirl, and then – her huge true incarnation. 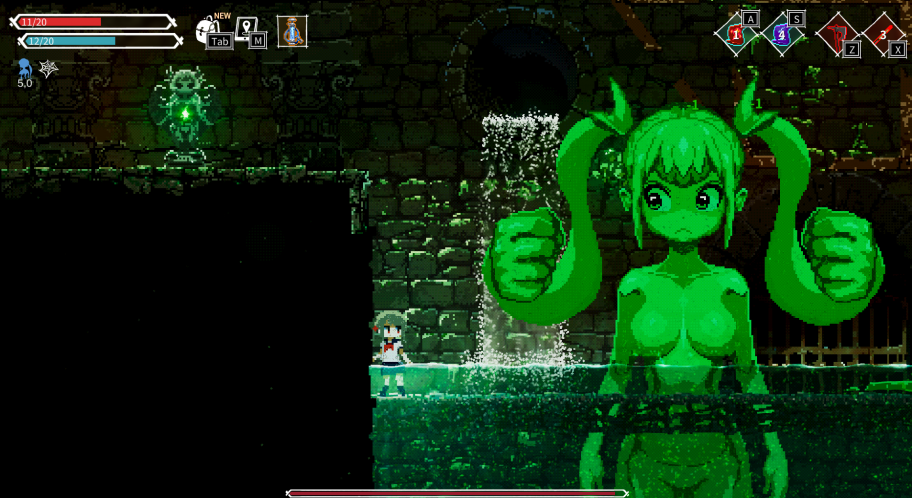 Pigtails with fists? But…

Pros: a fascinating story with its own intrigues and unexpected twists; many charismatic anime girls; addictive gameplay where you need to choose the right weapons, spells and equipment; the elemental mechanics in battles works perfectly; cute pixel art.

Minuses: you need to get used to management; humor is vulgar in places; scanty and monotonous voice acting.

Patch 5.55 for MMORPG Final Fantasy XIV was released along with the version for PS5