OnePlus is changing its strategy again for its flagship phones next year. After moving from a single product launch (base model) to a dual product strategy (basic and advanced) in 2019, according to insiders, the upcoming OnePlus 9, there will be three versions. Thus, along with the OnePlus 9 and OnePlus 9 Pro, we will also get a third phone called OnePlus 9E…

This is our first time hearing about the OnePlus 9E. This information came from Max Jambore, a reputable and trustworthy source when it comes to OnePlus-related leaks. 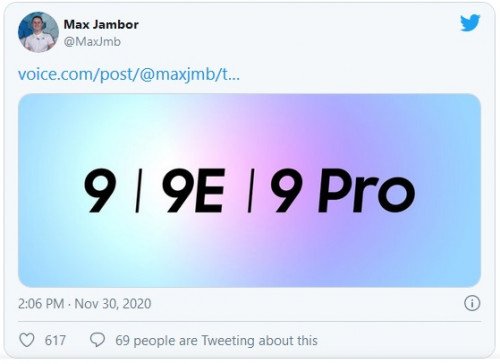 However, price is not the only concern for users. Fans of the OnePlus brand looking for a small flagship phone are hoping the OnePlus 9E will have a smaller display. If that happens, we would expect its screen to be less than 6.5 “diagonal (probably closer to 6.0”).

The OnePlus 9E is also expected to feature a processor Snapdragon 875although, to be honest, this information has yet to be confirmed. Just because this is an OnePlus 9 phone doesn’t mean it will be a flagship (the Mi 9 SE is a perfect example).

We hope there will be more details on the OnePlus 9E shortly, which we will certainly share with you.