Japanese “underground” RPGs in the spirit of the series Wizardry (adored, by the way, in the Land of the Rising Sun) is a separate genre. And in recent years, the studio has played a significant role in it—experience Inc. In 2016, her Stranger of Sword City was released in the West, and a year later on, PS Vita there was an international release of its augmented and improved version – Revisited… In 2019, the studio released another noteworthy game in the same style – Blue-winged chevalier (international name – Saviors of Sapphire Wings), but again exclusively on “vita” and in Japan. And just recently, both were released on PC for the first time – as part of the collection Saviors of Sapphire Wings / Stranger of Sword City Revisited.

Knights of the Round Table in Japanese

I’ll tell you right away that I was interested in exactly Saviors of Sapphire Wings… Because Stranger of sword city was released on Steam back in 2016, Revisited’s improved version includes three new classes and three new dungeons, an expanded character creation system, a refined “combat”, plus something else on the little things. In general, the usual story. But the former
Blue–Winged Chevalier, now known as Saviors of Sapphire Wings (do not be surprised, the Japanese like to complicate things – you have not seen the names of some anime films and TV series!), on personal computers, and, in principle, outside of their homeland, it was released for the first time.

There were massive battles in Stranger of Sword City.

What might interest the Saviors of Sapphire Wings? You will be surprised but the plot and gameplay, or rather, those interesting mechanics that are implemented here.

So, the topic here seems to be trivial – again, the fight between the “beaver and the donkey”, but it is not presented in a very standard way. Glavgeroy, it turns out, has once already fought with a no less main villain, the “overlord of darkness” named Ol = Ohma. And he lost, he died. And with him – and his comrades from the local society of the Knights of the Round Table.

And now, after 100 years, he was reborn in a new body, but, naturally, at first, he remembers little. And now we have to remember past events and our friends, who also went through reincarnation and were reborn in new guises. And, of course, you have to look for ways to defeat the evil one. 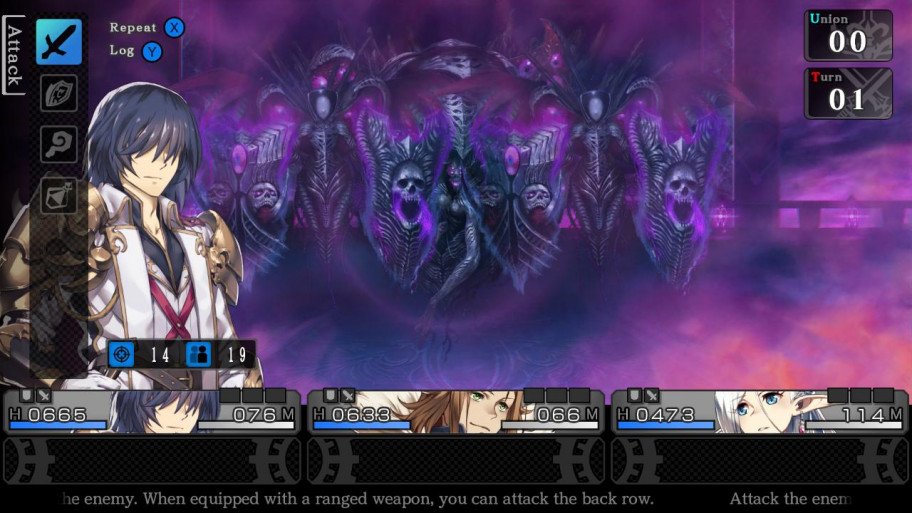 The battle with the main boss is already going on here at the very beginning. But this is not the last meeting with him.

This takes a long time – the plot in Saviors of Sapphire Wings large-scale, involving many hours of travel through forests, fields, ruins, castles, dungeons, fortresses, cities and villages. It’s no joke – if at first, three partners travel with the main character, then their number will grow to ten. And only five are allowed to take with them. Communicate with all of them at the base, which is on the back of a huge flying whale. In general, as it should be in a JRPG, everything is epic and slightly insane. 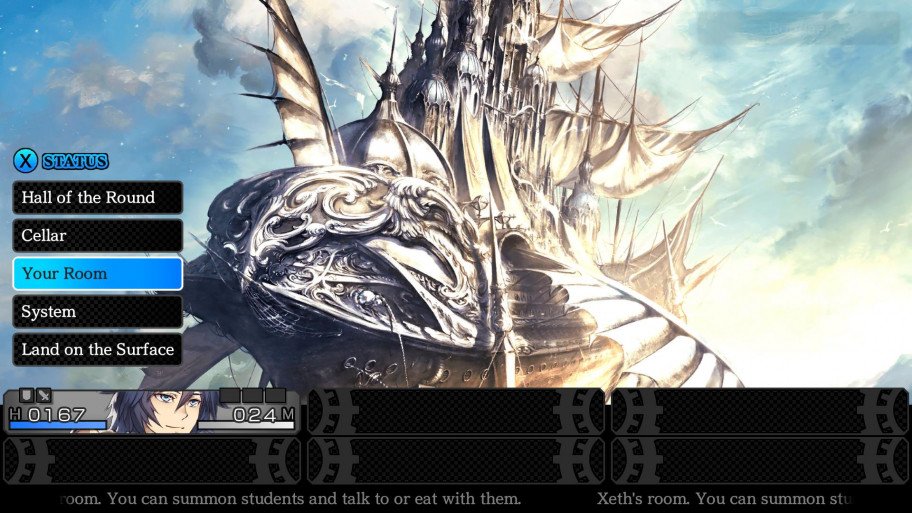 That’s for sure – a miracle Yudo fish-whale. Only flying.

The gameplay can also be called large-scale, solid, in the sense that there are many nuances. The basis, of course, is standard for projects in the “Japanese dungeon crawler” genre – exploring locations, completing quests and fighting from a first-person perspective. In the classic Wizardry-style, the battles are turn-based, and victories in them give items and experience, allowing you to pump our wards. Naturally, class skills and spells can be used in fights. And we learn new ones as we level up the characters. 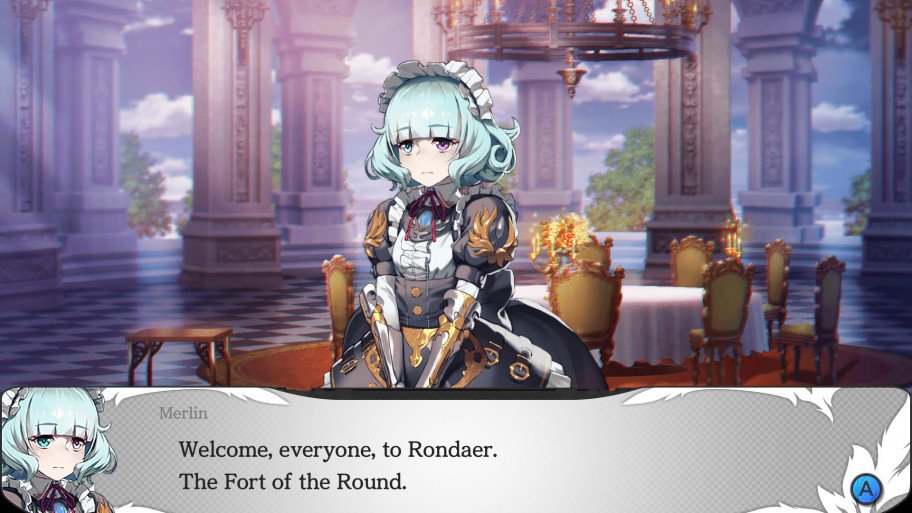 At the knights base, everything is run by such a pretty “maid”, somewhat reminiscent of Rem from Re: Zero.

The latter differ in class and “soul” – this is actually an analogue of races, which gives bonuses to various basic characteristics. For example, the soul of a champion includes the gnomes’ energy and gives a lot of strength, and the soul of the sage is already the heritage of the elves, and it is focused on intelligence and magic. You can also choose the souls of other races, including even fairies. As you develop, it will be possible to take both the main character and the subclasses’ partners. The main and additional classes, with rare exceptions, are all familiar – “healer”, fighter, druid, paladin, wizard, and so on. 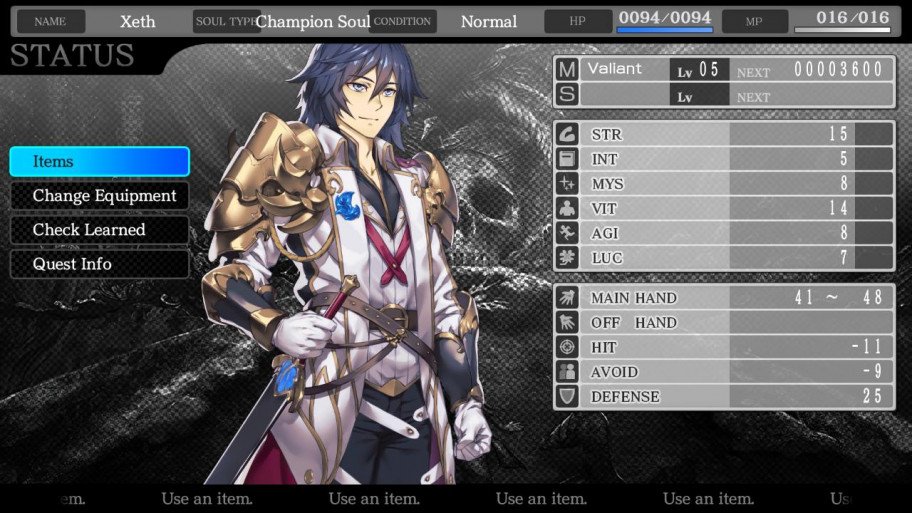 But the protagonist cannot change the main specialization – the game itself initially sets it.

In place in Saviors of Sapphire Wings also alchemy, and traditional JRPG cooking, and equipment upgrades.

There are the details. The same food is often used as bait for monsters in special traps. Different baits are needed at different locations and for different enemies: someone likes vegetables and fruits, and someone prefers meat. This is needed to establish control over the traps, attract and destroy the most dangerous monsters, and capture the region.

There are enough other interesting details – for example, both chests and most of the equipment in them are initially cursed, so you won’t be able to put everything on right away. You need to remove the curses or wait to return to the base when the curses disappear automatically. 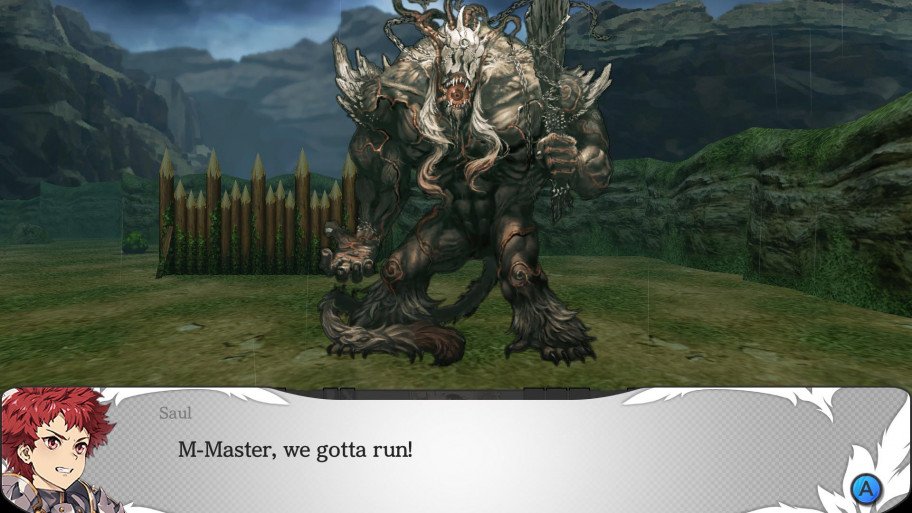 Some cursed chests can also escape, so you need to defeat the “leader” guarding them as soon as possible.

Perhaps, the main “trick” is the need to interact and communicate with partners closely. This happens during plot scenes and when the hero specifically calls the character into his room for a conversation. Communicating, asking about their past, what worries them, and correctly answering their questions (“Is murder a common thing for you, master?”), We improve relations. You can even have a meal together.

All this charges a special Soul Gauge scale and then allows you to increase the Soul Rank – the higher it is, the more opportunities open up for your partner. In particular, only at the fifth level of the Soul Rank will he be allowed to choose a subclass. 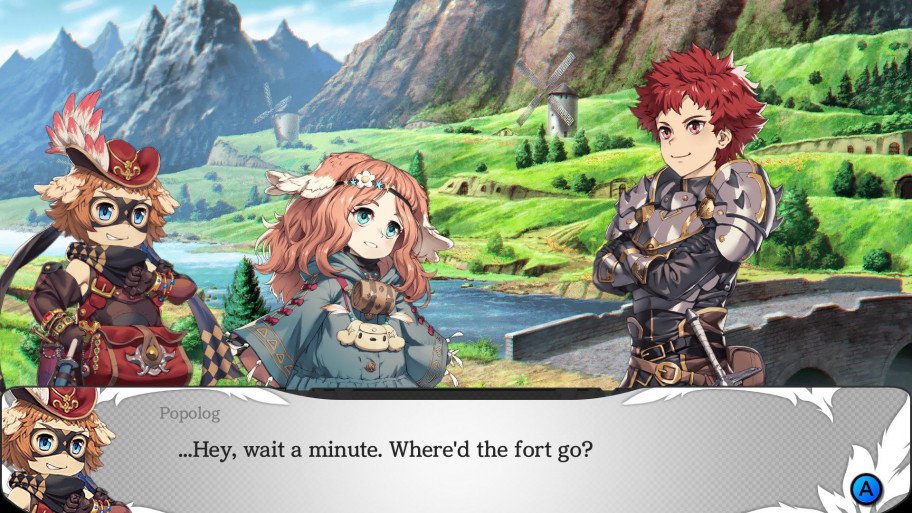 For each party member, information is given – here is a biography, and a list of what he likes, and the results of conversations.

Also, good relationships give bonuses to experience. With the receipt of new levels, the Soul Rank also increases the number of so-called Union Skill Points – these are the points required to use powerful joint attacks. 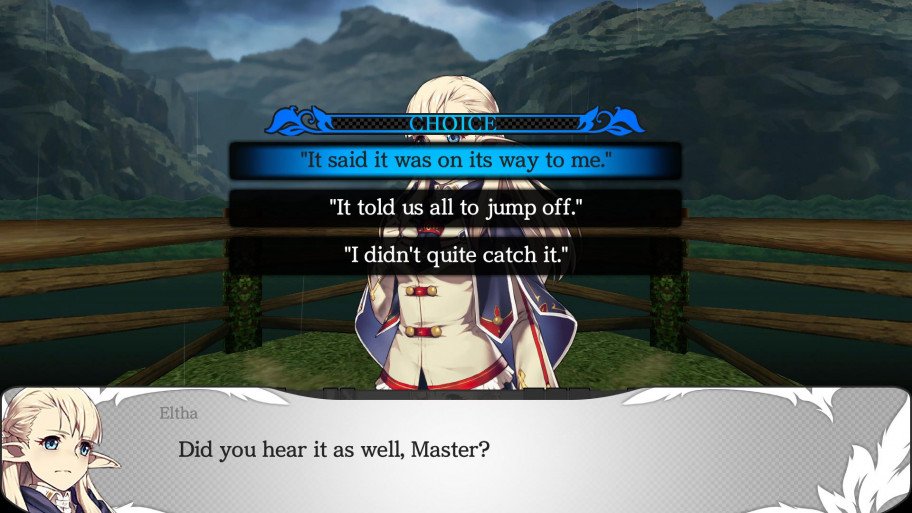 The choice of lines in dialogues with companions really matters.

Maintaining good relations is also important because strong enemies know how to create special magic that takes our characters under control, and they even begin to attack their own. Only joint attacks and a high Soul Rank level allow you to get rid of this enchantment quickly.

Not all at once

Naturally, as in almost all Japanese RPGs, Saviors of Sapphire Wings also a lot of grinds. In general, the game is quite difficult and long. Well, how difficult … Many fights here, of course, are passable and look something like this:

But at the same time, even on normal difficulty, there will certainly be enemies that you cannot cope with impudently. And given that, as a rule, there are not enough potions and special stones for teleportation to our flying base, we often have to return through the entire location to the entry point – this is the only way to get out of the map and get to your fortress to restore health and mana reserves.

Well, at least, the function of automatic movement is implemented here – select a point on the map, and the party itself will go there. 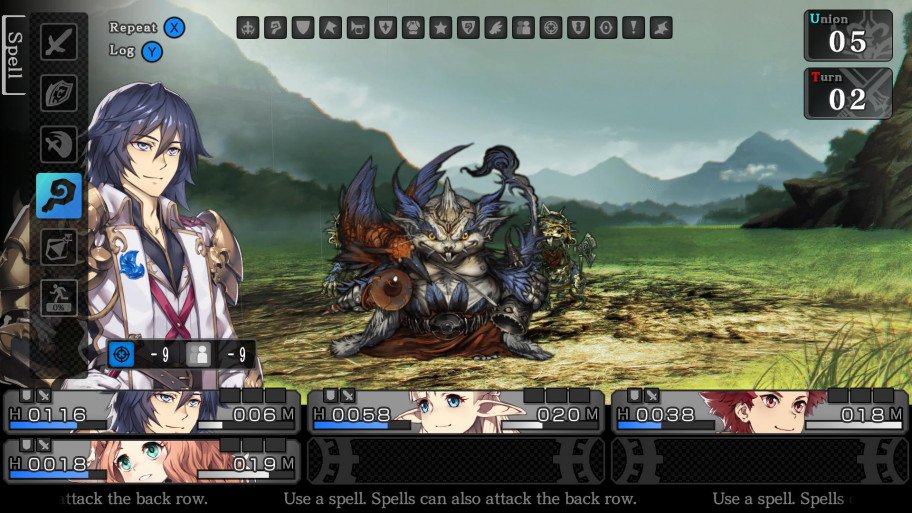 Even the vile goblins are tastefully drawn here.

Saviours of Sapphire Wings / Stranger of Sword City Revisited – the games are imperfect, but they leave an overall excellent impression in their new versions. Someone complains about the difficulties with supporting controllers on a PC and some other irregularities in porting, but I calmly played the keyboard and did not notice any special problems. So with a clear conscience, I can recommend these games to all fans of the genre.

Pros: epic plot; many events and assorted teammates with whom you need to maintain a good relationship; gameplay rich in interesting mechanics and events; nice art design and atmospheric music.

Minuses: a lot of grinds; not all is well with the balance of difficulty.

PNY has released its fastest SSD

The new trailer for Chivalry 2 showed the map “Dark Forest”