Tale of the Forgotten King: Review

If you thought that we are talking about another pixel “soullike”, where action and platformer run hand in hand, then Shattered: Tale of the Forgotten King – not the case: here we are fighting in a gloomy world with a third-person view. But quite often the gameplay does migrate to the edges of platformers, changing the 3D perspective to 2.5D. How did this affect the game and what else is interesting about this stylish French Dark souls?

The magic of mystery and style

I walked the forgotten paths for days, weeks and months to reach the palace of a Thousand Doors. A place where now only silence reigned. Where the wind died and the waves retreated with the Great Rift. Time of the Great Exodus …

And so I, shrouded in a fog of memories of the past and the future, stood in this mythical place that has been preserved. The only place that anyone in Hypnos could find, without a map or a compass, during the time when the King still ruled.

And I remember the silence in my soul.

Bitter raindrops in the wind.

In this language, the authors (and chief among them is a French artist and designer Maxime Rene [Maxime Rene]) talk to us both in press releases and in the game itself. Nothing is particularly clear, but stylish, dark, mysterious and melancholy. And it looks exactly the same. In many ways, the picture and character models are reminiscent of another “soullike” – Ashenbut in Shattered everything is somehow darker, or something, more gothic and, again, more melancholy. 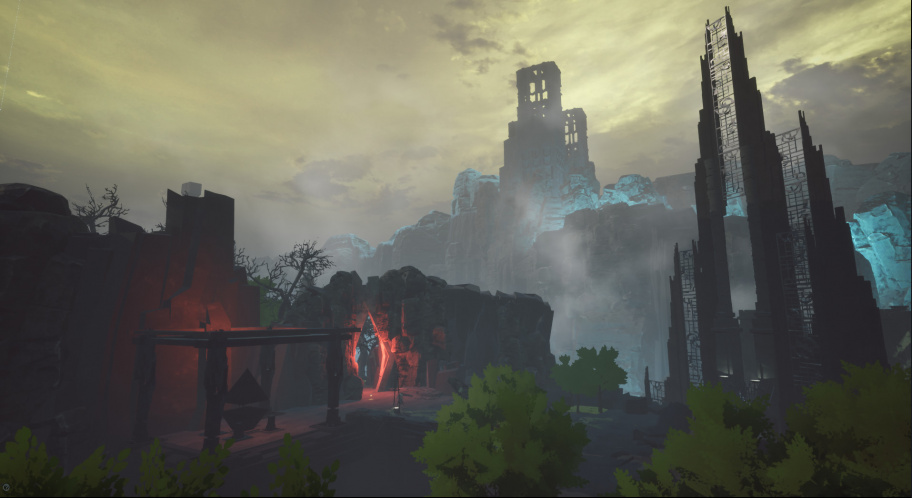 There are also colors other than black and white.

It becomes especially impressive when the game changes from a third person view to a side view: 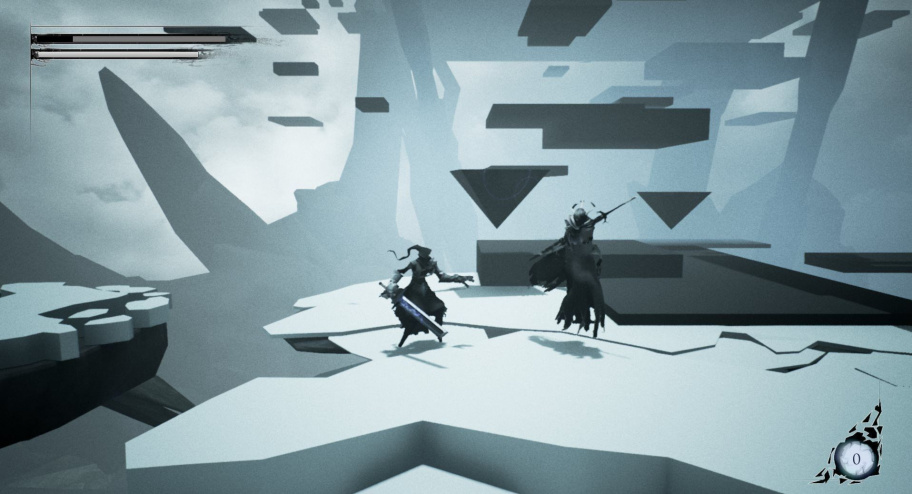 From this perspective, we not only jump, but sometimes fight.

All this, of course, refers to Dark souls and that halo of mystery and darkness with which the plot is presented there. But in Shattered: Tale of the Forgotten King, as in many truly French games, there is a sense of its own charm. Katerina Krasnopolskaya will not let you lie.

We are playing for a certain Wanderer – in the world of Hypnos, this seems to be a certain position, title or duty. In any case, he must put together fragments of reality and trace the fall of civilization – this world is abandoned and post-apocalyptic, and its collapse occurred after the disappearance of the King. In the process, we periodically discover new secrets of Hypnos, including about our own origin and purpose. 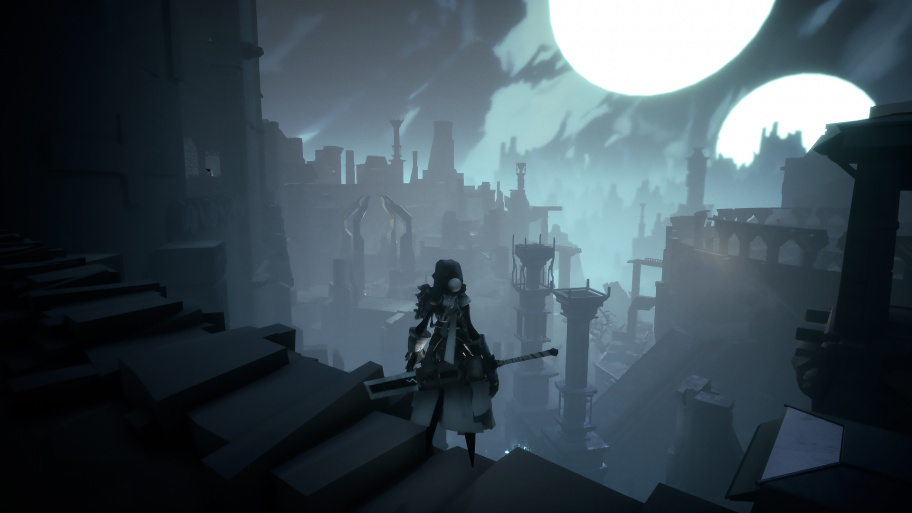 There are obviously many secrets here.

And besides, we are fighting not only with ordinary enemies, but also with demiurges – these are destructive gods from a distant universe, who feuded and devoured each other until they destroyed everything around, and now they “play with corpses” out of boredom. Every now and then a little creature tells us about this and many other things, which the main character meets at the very beginning, and then carries it behind him – here the courier with the baby from Death stranding… 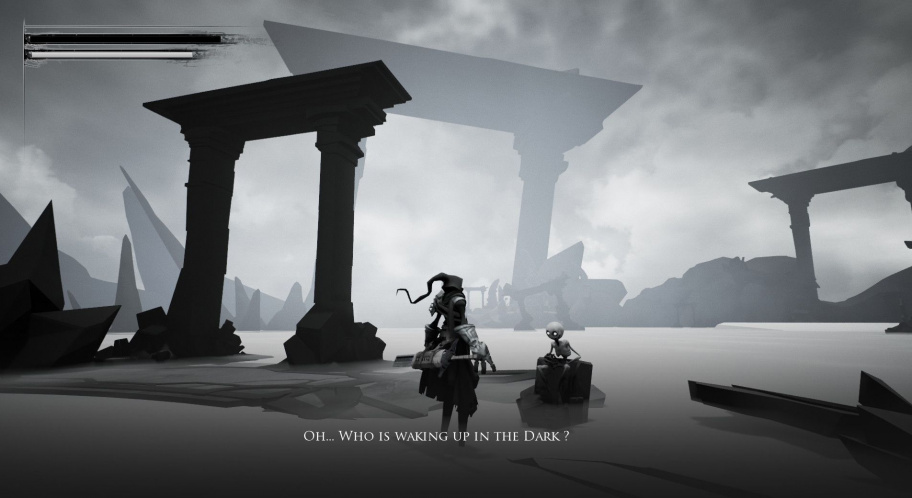 Souls are not taken away here

The gameplay is much less mysterious. In general, everything is according to patterns and precepts Dark souls: dodges, parrying and counterattacks, endurance management, the ability to use not only melee weapons, but also magic, collecting “souls” for pumping, bonfires as control points, at which we are saved and revived after death.

In Limba, on a kind of player’s base, where you can return almost at any time through portals or using one of the consumables, there is an altar where the collected “souls” are spent on increasing the main parameters – physical strength, magic, health, mana / stamina reserves. The more we pump, the more points will be required for the next upgrade.

In the same place, in Limbe, there is a forge where you can improve weapons, as well as craft consumables and materials for upgrading piercing and cutting objects. 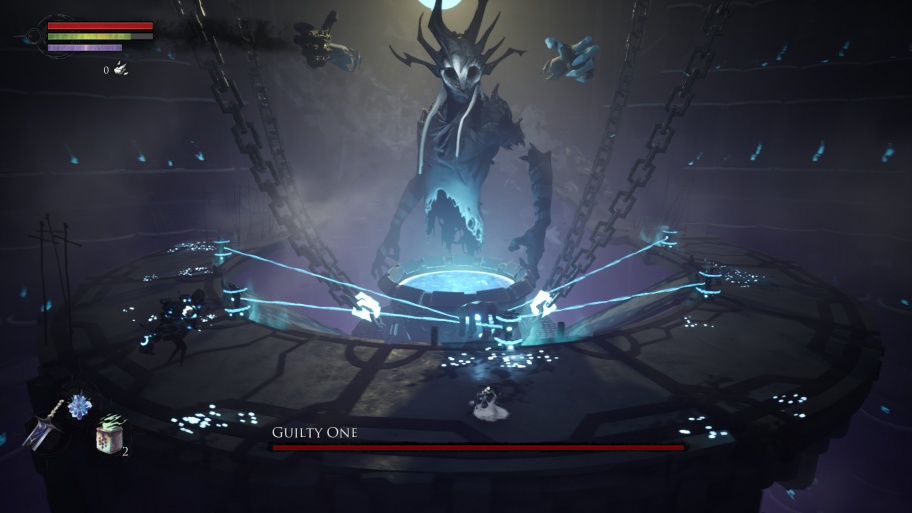 The difference is that after death we are allowed to endlessly return for “souls” – they will not disappear anywhere, no matter how much you die. This somewhat facilitates the passage and shifts the game from a masochist simulator towards an action-RPG (as is the case with Ashen, by the way). That is, if you cannot constantly demonstrate a great reaction and defeat everyone with your “skill”, then you can play more slowly, betting on pumping parameters. 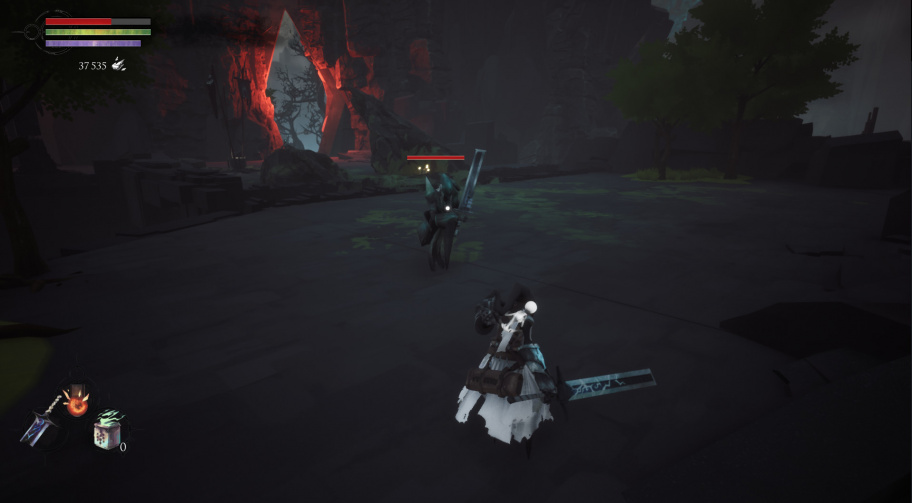 Weapons vary, including the speed of strikes.

A world full of secrets … and leaps

In any case, it is interesting to play. Largely also because it is fun to explore the world. There is a unique “lore”, non-trivial level design, a lot of verticality, when, for example, you need to climb and jump up the stairs or fall for a long time and jump over the islands hanging in the air to get to the next location. There are many closed for the time being doors, secret portals that need to be found to open short paths, ruins and obelisks with inscriptions that can only be read with the help of special stones.

What’s new for this portal?

Moreover, the study is non-linear. There are, for example, doors leading to the next boss, but you are not free to go there right away, but to move on and then return through the portals with renewed vigor and decide on a difficult rendezvous. 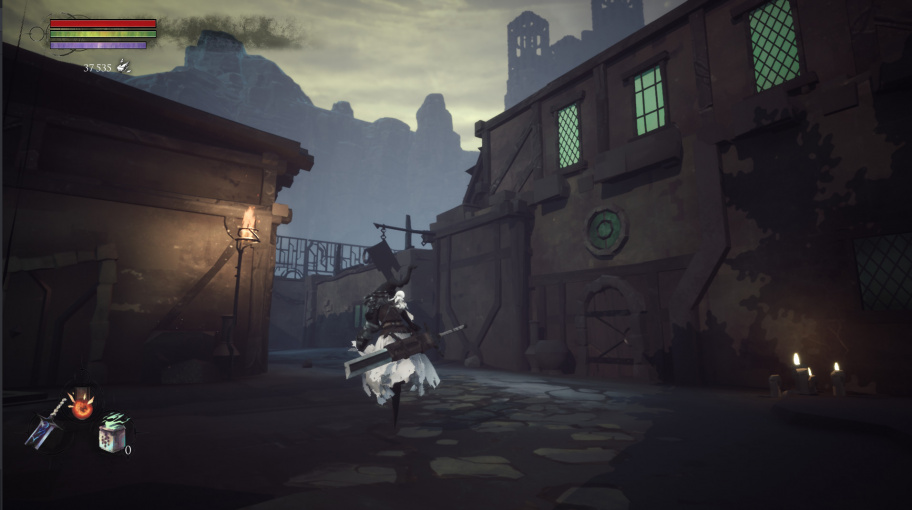 There are also city levels.

It is clear that in Shattered there are also problems. The world still feels empty – it puts more pressure on aesthetics than saturation. Bosses are not as interesting and difficult as you know in which game. Platform elements and puzzles add variety and charm to what is happening, but the controls and camera are not ideal – and in general it can be difficult to know where to jump something. 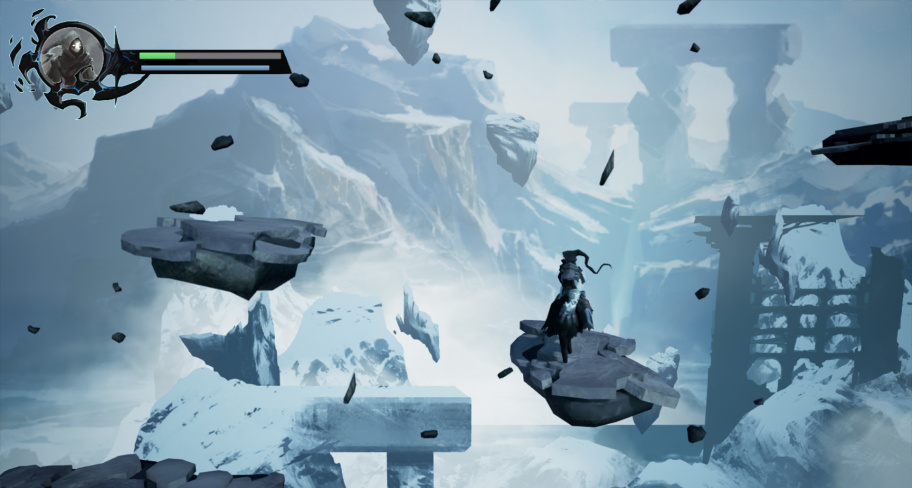 But after the fall, the collected souls will remain with you.

But still Shattered: Tale of the Forgotten King leaves a positive impression. This is an uncommon, stylish “soullike” that stands out for its quality of performance, atmosphere and well-developed world. And most importantly, this is just the beginning – as the authors assure, they have been creating this universe for 10 years and are now preparing new games in the world of Hypnos. I would, by God, go back there.

Minuses: the world sometimes seems empty; not the most convenient control and camera behavior, especially during platforming.

Turbo Overkill is a cyberpunk game with furious action, parkour and a chainsaw in your foot