Xiaomi is one of the very few Chinese manufacturers that pay a lot of attention to regular updates to their proprietary MIUI GUI.

Apart from the big numbered updates, Xiaomi is also releasing small improvements that add new features. According to the latest reports, Xiaomi is currently testing a new MIUI 12 feature. This is a new tile-style multitasking screen.

The animation will also be improved on the new multitasking screen, according to a Xiaomi representative. After testing, which is already coming to an end, this feature will be available to all owners of Xiaomi and Redmi smartphones who have already received or should receive MIUI 12.

The MIUI 12 update takes place in four stages. On the first, the flagships received the update, on the second – middle-class smartphones. During the third and fourth stages, the update will be rolled out to low-cost models. 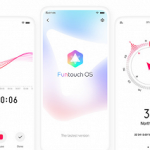 One of the best original Android skins is coming. Origin OS debuts with Vivo X60

Honor Band 6 – the first bracelet with a frameless screen